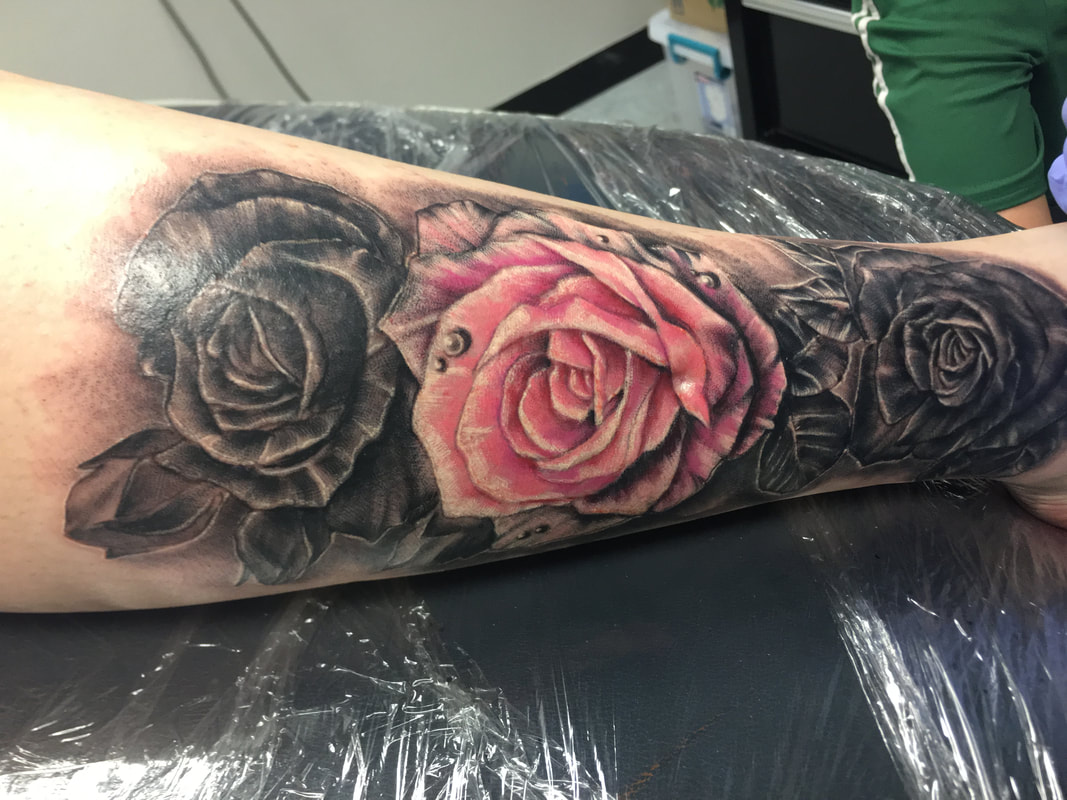 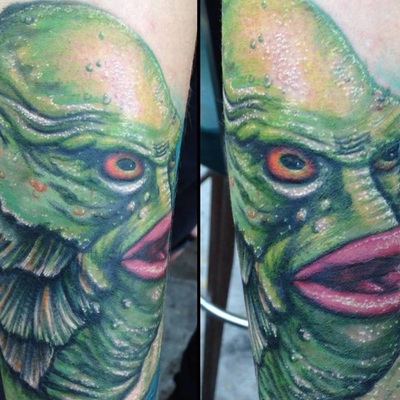 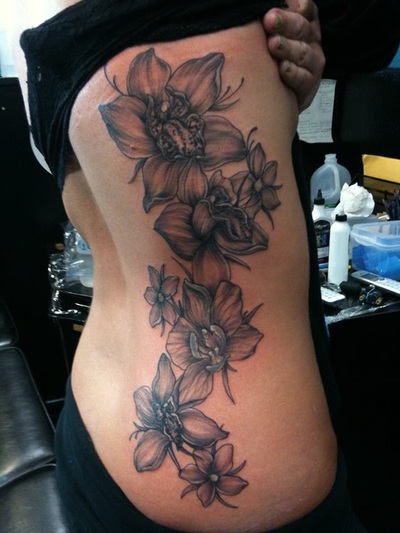 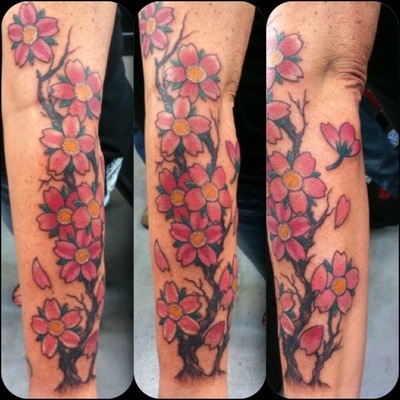 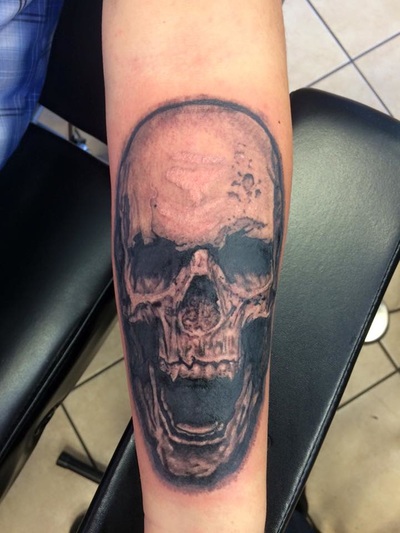 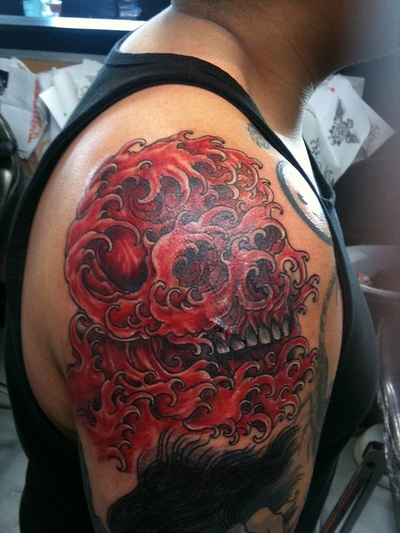 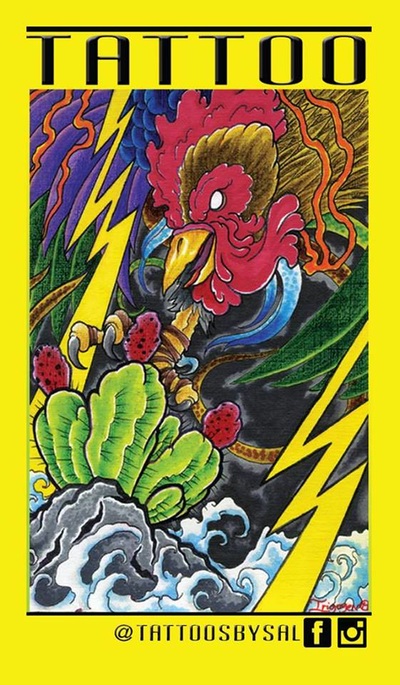 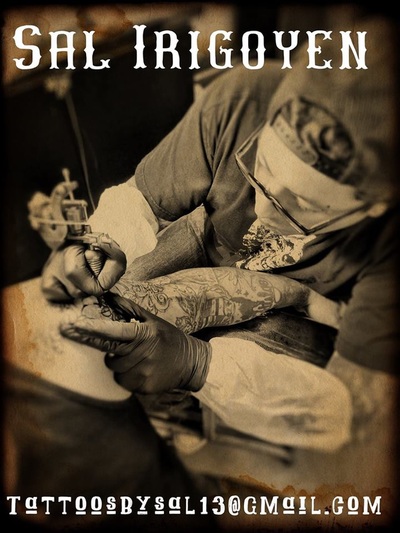 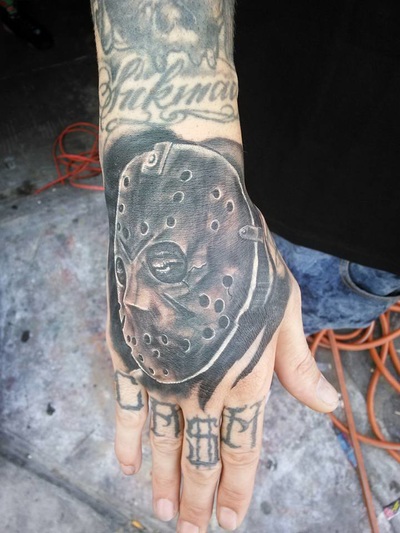 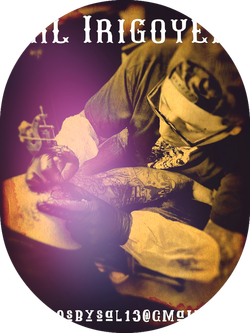 After having tattooed our proud service men and women in one of the busiest tattoo parlors in west Texas. Sal packed up and moved to Las Vegas, where he now works his magic here at Sin City tattoo.


Ever since I can remember, I've been fascinated with tattoos, my father used to tattoo in the prison system, and when released he would still construct makeshift tattoo machines with pieces from race cars, tape players, batteries etc.. And as a kid maybe 6 or 7 he showed me how to put them together. My parents divorced soon after and it was until 10 years later that I saw my father again. He was still making tattoo machines the same way. Only now he tells me, "do you want to feel it?" And I was eager to say "yes!". So he ran the tattoo machine without ink over my left hand near my thumb, it left a mark, a line, faint but there. So I became obsessed, and fixated on it, I remember staring at it for hours in class. So I began designing my future tattoos, roughing out designs for my arms and legs even my chest.


I was about 16 years old, miraculously at a house party a short time later, the guy that lived at the apartment was an amateur tattoo artist, so I asked him to tattoo me. He reached in his closet and pulled out a NIKE shoe box in it was a half empty crusty bottle of HIGGINS pen ink, and a home made tattoo machine, made of a spoon, a motor from a tape recorder, and a pen. I looked at him puzzled and he said "you can have it " I said "what?" "It's yours " he said. I couldn't believe it, it felt like magic in my hands. As soon as I got home around midnight, I went at my leg, no drawing, no concept, no idea what I was gonna do to myself, and I didn't care I just wanted to feel it again. Practicing or scratching whoever would let me, (mostly preying on drunk friends). I will always be in debt to them for being my first canvases, "I owe you everything ".

The tattooing went dormant for about 10 years, I had to get a regular paying job to survive, working as a waiter, construction worker, dish washer, cook, telemarketer, and as a supervisor at a famous video store, right before hitting rock bottom. I wasn't happy, I was 26, miserable, dead end job, long hours, etc... One day I was feeling really lost and down, and for some reason I started thinking about my dad who had passed away 2 years prior. And then it hit me!! TATTOOING!! TATTOOS!! I was going to tattoo.

I had collected a few throughout the years, (four professional), but how was I gonna break into this? I did some research and decided to ask my tattoo artist for an apprenticeship, he said "no, you fuckers never learn " so I tucked my tail between my legs and walked out of there, making myself one promise, to show them that I could do this, and that no matter what, I was going to accomplish my dream, because it wasn't just my dream, it was my birthright!, it was my destiny! Again relying on drunken friends and acquaintances, I would buy beer, get people drunk and then tattoo them. Take pictures of the tattoos and put them on MYSPACE. One day I got a friend request from GHOST HOUSE TATTOO, I didn't have a car or any money so I decided that I was going to walk to GHOST HOUSE and ask for a job doing ANYTHING!!. I gathered up 4 of what I thought were my best tattoos, and walked two hours to the shop, I walked in and spoke to Ricky Perez who was the owner. But also a multi award winning tattoo artist, I was scared and intimidated, but I felt a peace within me, like a zen, it was weird. I showed him my pictures and he asked if I could do an audition tattoo, of course I said yes and convinced my girlfriends cousin to let me tattoo him, I do some brass knuckles on his forearm, I was really nervous, but I knew I had nothing to lose, there was no looking back!. He looked at the finished product and said " looks clean, keep coming back ". I was floored!! He liked my tattoo!! So I was in! I will always be in eternal gratitude to Ricky for believing in me and giving me that opportunity, that shot! It's like hitting the half court shot with the stadium full!! Ricky took me under his wing, I learned so much from him, and in a matter of time I was the manager at GHOST HOUSE TATTOO.


Having worked for Ricky for almost 3 years, I decided that if I was gonna be a real tattooer, I would have to spread my wings and move on, so I left GHOST HOUSE and moved to TWISTED TATTOO. There is where I got my first taste of the traveling Tattooer lifestyle, winning a 3rd place at the ROCK THE INK tattoo convention in Albuquerque in 2011. After that I worked at BANGKOK TATTOO and most recently at PUMPING INK TATTOO PARLOR.


Deriving influences from horror culture, 80's pop culture, and heavy metal, my style is all my own, having tattooed in a street shop setting all of my career, I am able to recreate as well as custom design anything that walks through those doors. Whether it's bold color, or detailed black and grey, I've got you covered. "I'm trying to knock it out of the park every single time" versatility is key and I try to keep myself available to my clients regularly. Always looking push myself as an artist both on and off skin. Painting in watercolor, acrylics and even oils, I'm always looking to evolve. And in this business you have to be able to adapt and grow. I'll never stop learning and trying new techniques. It's whats fascinating about tattooing it's always changing.
Art has been a major part of my life for as long as I can remember. My first attempt at portrait drawing was of my mom watching television when I was 5 years old.
Ever since then I've always loved realism.
I like experimenting with all different mediums and styles but portrait drawings are what come most natural to me.

Most tattoo shops have their own designs however Las Vegas Portrait Tattoo Shop
does portrait tattoo designs. In other words you upload a tattoo design that you invented
on your computer to their website and then they paint that tattoo on your body.
You can get a unique portrait tattoo at this company that no one else in the world has and that you yourself invented. In addition to this they will tattoo any part of your body.
It is like 3d printing style tattoos. I am fascinated that this new technology exists. Las Vegas Portrait Tattoo Shop is I think the most creative tattoo shop in Las Vegas Nevada.